Zimbabwe between two presidents: What role does the army have in the present and future?

The outcomes of the army’s actions can be summarised in three points: First, they put an end to Mugabe’s rule. Second, they stood against his wife’s political ambitions and prevented her from becoming president. Third, they enabled Former Vice President Emmerson Mnangagwa to assume power. 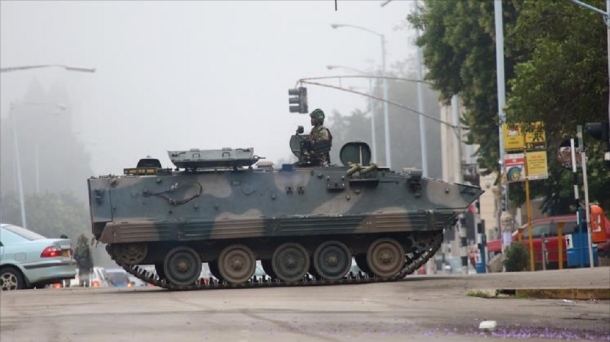 Like in other African countries, the army in Zimbabwe is the strongest institution in terms of organisation, effectiveness and cohesion [EPA]

The crisis in Mozambique strengthened the army’s dominance over politics. Since then, African armies have continued to repeat the idea that the army is the protector of the country’s legitimacy. This was used as a justification to intervene in public life. The ousting of Robert Mugabe from power and subsequent events reflected the extent to which the army controls the country’s internal and external policies. Therefore, the army’s choice of Emmerson Mnangagwa as president could be seen as a clear indication of the intensification of its dominance. While the new president is required to carry out political reforms and show openness so as to reassure Western investors, Mnangagwa is not expected to completely boycott his predecessor, Mugabe.

Issues of development will pose a great challenge to the new regime in Harare, especially since unemployment has reached 90% of the active workforce in the country. Also, the issue of white farmers, which is a large problem in Zimbabwe, is another challenge no less important than the former. This problem was dealt with by the Mugabe regime in the constitution of 2000, which included a Land Reform Law. According to this law, lands controlled by a minority of white farmers of European descent were distributed among the country’s native majority. This issue led Britain, the United States and Australia to stand against the Mugabe regime in recent decades.

Relations with China, Zimbabwe’s main ally, will be present in Harare’s policies and international relations, due to China’s significantly growing influence in the country. Western countries see this as contrary to their own interests.

As soon as Zimbabwe’s ex-President, Robert Mugabe, fired Emmerson Mnangagwa from his post as vice president on 13 November 2017, the political course in the African country – situated between Botswana in the west, Mozambique in the east, South Africa in the south and the Zambezi River separating it from Zambia from the north – saw rapid developments. Mugabe’s response to his wife, Grace Mugabe’s request to oust his companion in struggle and prison, Mnangagwa, was no quicker than the outburst of the army, in particular, and the political and civil forces in the country. It seems that the military establishment found in this ousting an opportunity to end Mugabe’s 37 year rule.

Mugabe’s succession and the many calculations

Since Grace Mugabe married Robert Mugabe in 1996 and set foot in the palace known in Harare as the “State House”, people began to talk about her growing political ambitions and her effect on the President’s decisions.(1) On 6 December 2014, the first lady was appointed by her husband to head the women’s wing of the Zimbabwean African National Union-Patriotic Front Party (ZANU-PF).(2) Along with her growing influence in the ruling party in the past three years came her growing plans within the corridors of power. Therefore, she began speaking publicly of her ambition to become president. Her last clear and significant statement on this was on 5 November 2017 when she said: “I say to Mr. Mugabe you should leave me to take over your post. Have no fear. If you want to give me the job, give it to me freely”.(3)

The steps taken by the former president paved the way for his wife’s ambitions. Mrs. Mugabe’s rivals in the ZANU-PF party were eradicated, and the Minister of Justice at the time, Emmerson Mnangagwa,(4) was appointed vice president at the expense of his predecessor, Joice Mujuru. Mnangagwa’s turn to be ousted came on 13 November 2017 after it became evident that he became an obstacle to the first lady. It was apparent that there was conflict over power among the wings of the ruling party in Zimbabwe, and developments indicated that the matter was to be settled in favour of Grace Muagbe.(5)

The distancing of Emmerson Mnangagwa from his position as vice president was the last episode of Grace Mugabe’s control over her husband’s decisions. Led by Commander Constantino Chiwenga, the army put Robert Mugabe under house arrest. This move upset his wife’s plan. Like Robert Mugabe and Emmerson Mnangagwa, Constantino Chiwenga was a prominent figure during Zimbabwe’s struggle to gain independence from Britain. He also was one of the closest prominent army leaders to Robert Mugabe and had the role of announcing Mugabe’s victory in the 2008 elections. However, the ousting of Mnangagwa saw the beginning of a split between Robert Mugabe and the army’s leaders. This was indicated by the fact that the army was highly concerned about Mugabe’s succession. The army wanted his successor to be someone who enjoyed the legitimacy of struggle against British colonisation; it would not allow someone who did not fight in the war of independence in the 1970s to rule the country. This stance was expressed by leaders of the Zimbabwean army who found it necessary to stand in the face of Grace Mugabe’s ambitions, as she lacked this legitimacy.(6)

The ruling party is the stage for political tension

Robert Mugabe’s ousting of Mnangagwa was not an isolated event, even though it came as response to his wife’s wish. Mnangagwa’s removal was also the result of a long struggle within the corridors of the ruling party, ZANU-PF, over who was to succeed Robert Mugabe. A difficult internal struggle between various pressure groups within the party continued, where each group wanted to make use of the party’s legacy to its favour. Over 90 years of age, Robert Mugabe was the party’s main voice as he was one of the main architects of the country’s independence from colonial rule. Throughout his presidency, he was keen on stressing the legitimacy of struggle despite social unrest, economic decline, political oppression and dominant administrative and financial corruption. The legitimacy card, which was the basis of the ruling party’s ideology, protected Mugabe again and again. During the period of struggle, ZANU-PF signed a military agreement with the Zimbabwe African People’s Union (ZAPU). However, following independence, the two organisations engaged in bloody conflicts that persisted for five years, ending with the defeat of ZAPU. The two parties decided to announce their unity in December 1987, a unity which saw disputes and recalls of past differences.(7)

After the presidential elections of 2013 were conducted, internal differences within the ruling party emerged in 2014. These disputes were between the Lacoste faction loyal to Emmerson Mnangagwa and the G40 faction loyal to the first lady. The first faction includes remaining members of the founding generation of veteran fighters against British colonial rule. The second faction consists of people below the age of 40 and is strongly connected to Grace Mugabe, head women’s wing of ZANU- PF, and who is strongly supported by the Youth League.(8)

Frictions between the two groups in 2016-2017 led to incidents of violence in May 2017. Riot police intervened to prevent escalation of violence among youth at a meeting in the second largest city in the country, Bulawayo.(9)

Since November 2017, Mnangagwa has repeatedly stated that Grace Mugabe was clearly seeking to succeed her husband. He also said that she wants the ruling party to issue a decision during its urgent meeting in December 2017 to appoint her as the party leader. This would directly pave the way for her to be the party’s nominee for the 2018 presidential elections.(10)

The army’s interests or the army of interests

Like in other African countries, the army in Zimbabwe is the strongest institution in terms of organisation, effectiveness and cohesion. Since the announcement of the country’s independence in 1980, the Zimbabwean army become quite popular in Africa as a whole. It has contributed to the security of the continent, especially during the civil war in Congo. The army remained close to politics as most of its military leaders were previous ZANU-PF fighters. Therefore, political disputes within the ruling party extended to the army in many cases. The military establishment remained one of the main pillars of Mugabe’s rule. The opposition has always accused the army of being one of the Mugabe regime’s oppressive apparatuses along with the police and the intelligence agencies. However, the police’s loyalty to President Mugabe until the final days of his rule did not include his wife, Grace. The first statement by the Zimbabwe Defence Forces (ZDF), the strongest wing of the military institution, explicitly stated that the army was not targeting the president but some of the “criminals” surrounding him. It is clear that they were referring to the first lady and her supporters from the ruling party.(11)

Zimbabwean army leaders maintained strong relations with heads of security agencies and the ZANU- PF leadership. Media reports indicate that these agencies share the country’s resources. It is also worth noting that the Zimbabwean police, army and intelligence agencies are responsible for protecting and controlling the country’s diamond mines. Reports have mentioned that local miners were subject to imprisonment, torture and even death at the hands of soldiers and policemen during union protests. Reports also suggest that these military and police agencies are involved in corruption and bribing cases and have earned profitable financial and material assets from diamond and gold mines in the country. Therefore, the heads of the military and security sectors are alleged to have certain personal interests which must be maintained by any potential president as a condition for him to assume presidency.(12)

This explains the alliance between the army’s leaders and Mnangagwa against the former president and his wife. The army issued a warning to Robert Mugabe as a result of his firing of Mnangagwa. Then, on 15 November 2017, it put Mugabe under house arrest under the pretext of fighting “criminals” surrounding him. However, the army did not declare the formation of a military committee or issue a statement. It immediately started negotiations with Mugabe. The army’s leadership avoided calling what happened a military coup to prevent the suspension of the country’s membership in the African Union and regional isolation. The African Union described what had happened in Harare only as something that resembled a military coup but was actually not one. The army had seized power and put Mugabe under house arrest but did not announce a military committee or transitional government. The negotiations resulted in Mugabe stepping down, and he was given assurances that neither he nor his family would be pursued. He also agreed to clear the way for his deputy, Mnangagwa, to become president of the country.(13)

The new president did not fail the army’s expectations as his government included high-ranking military officials. Patrick Chinamasa was appointed as minister of finance. A marshall in the air force was appointed Minister of Lands, and Major General Sibusiso Moyo was appointed as Minister of Foreign Affairs. Mnangagwa also returned many figures from the Mugabe era to office, which could be seen as disappointing to Zimbabweans who were expecting a total end of the Mugabe era.(14)

The country’s future amid the new political situation

The following dimensions must be taken into consideration regarding the future of the political process in Zimbabwe:

The outcomes of the army’s actions can be summarised in three points: First, they put an end to President Mugabe’s rule. Mugabe was the only president the country knew since independence. Second, they stood against his wife’s political ambitions and prevented her from achieving her dream of becoming president. Third, they enabled Former Vice President and ally to the country’s military leaders, Emmerson Mnangagwa, to assume power. Although the Zimbabwean people had grown tired of Mugabe’s 37 year rule, indications do not suggest that the new regime of Emmerson Mnangagwa will be much different than that of Mugabe. 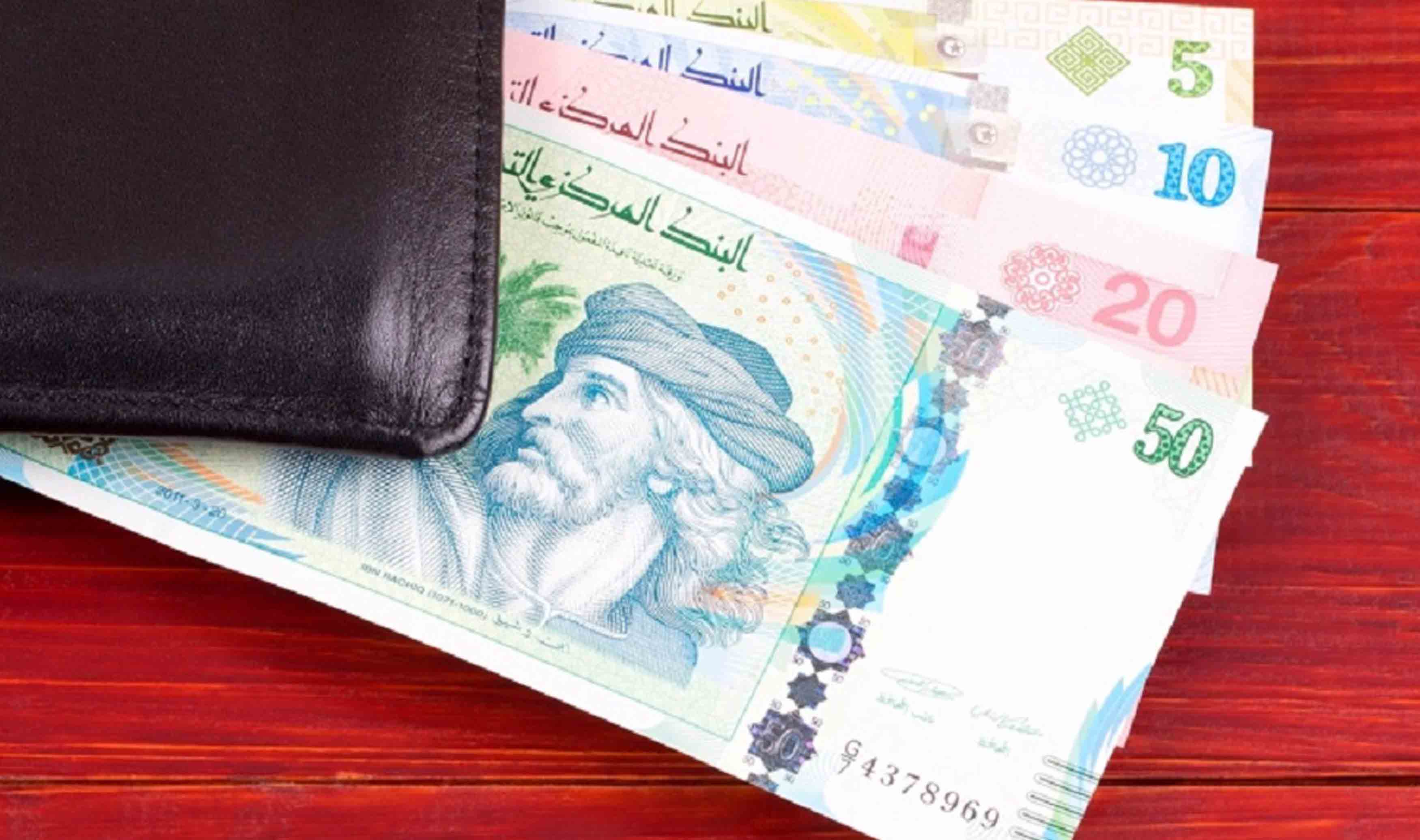 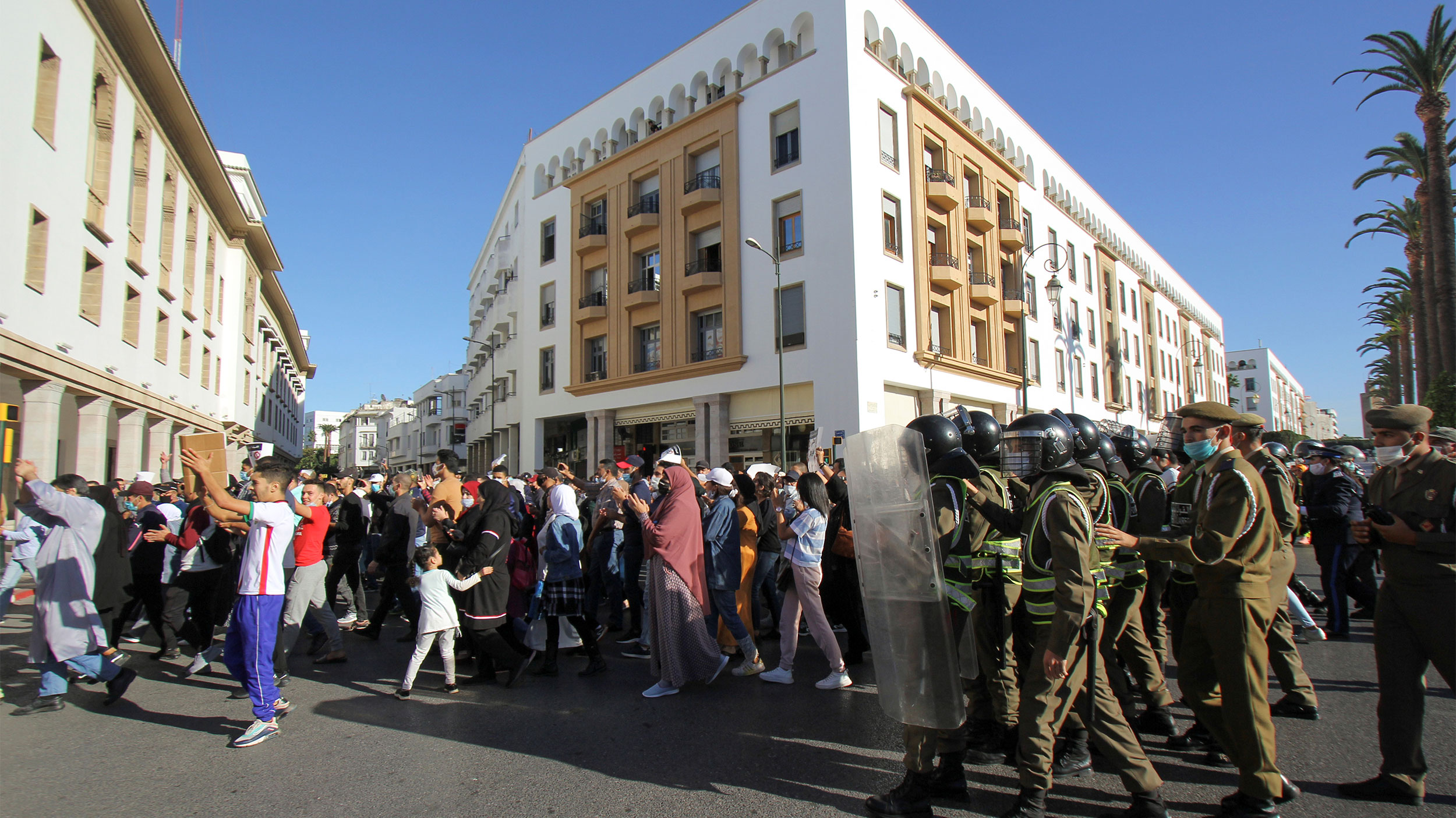