Constants and Transformations in the Courses of Qatari Women’s Evolvement: 1995-2013

Al Jazeera Centre for Studies has published a book entitled, Constants and Transformations in the Course of Qatari Women’s Evolvement: 1995-2013, which provides an insightful analysis of Qatar’s modernisation process and the courses of Qatari women’s progression.
SHARE 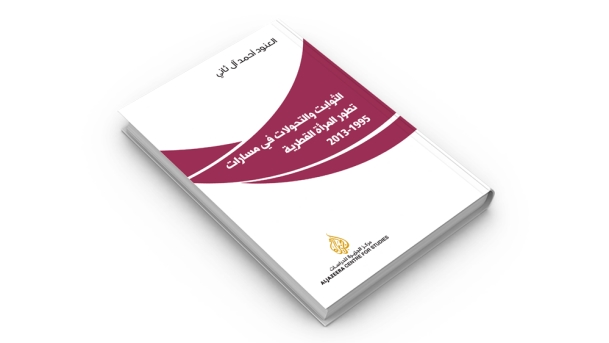 Al Jazeera Centre for Studies (AJCS) has recently published a book entitled, Constants and Transformations in the Course of Qatari Women’s Evolvement: 1995-2013, which provides an insightful analysis of Qatar’s modernisation process and the courses of Qatari women’s evolvement based on constitutional, political, cultural and social references. The book also traces the major transitions within these courses, including women’s involvement in the integrated development process Qatar is achieving in the political, prerogative, social, economic, environmental and sports sphere in line with the Qatar National Vision 2030 for future accomplishments that achieve economic growth with human and natural resources.

Authored by Al-Anoud Ahmed Al-Thani, the book tries to correct some of the misconceived ideas and stereotypes propagated by Western media about Arab and Muslim women in general being subservient. It sufficiently refutes these typecasts.

To paint a thorough and accurate image of Qatari women and their role and status in society without retouch, Al-Anoud divided her book into three chapters based on statistical facts and using a comparative approach.

In the first chapter, “Qatari women in official policy”, defines the foundation on which the status of Qatari women is based. Furthermore, the chapter sheds light on women’s role in building the modern state as acknowledged in the constitution, which recognises women as one of the essential resources of the country. The author highlights the traditional and philosophical pillars of Qatar’s constitution, as one of the constants in the course of women’s progression. The tenets of moderate Islam, to which the state adheres, are the key to maintaining a balance between modernity and tradition, as state policies emphasise. The relevant articles of the constitution ensures that women are protected from any form of discrimination in society. Gender equality is a core principle highly valued in the constitution as a key state policy.

Furthermore, the Qatar National Vision 2030, as adopted by His Highness the Father Emir, Sheikh Hamad bin Khalifa Al Thani, is a clear roadmap for the country’s way forward based on balancing economic growth and human and natural resources. This vision recognises the role of Qatari women as an active participant in the state’s decision and policy making.

A by-product of the vision is that of Her Highness Sheikha Moza bint Nasser Al Misned, the spouse to the Father Emir and the mother of His Highness the Emir of Qatar, who played a pivotal role in cementing Qatari women’s leadership and ensuring that Qatari women are instrumental in growth and development.

As His Highness Sheikh Tamim bin Hamad Al Thani, the Emir of Qatar, came to hold the reins of power, he cemented this vision. The Emir continued to translate the constitution to ensure total equality among all nationals, men and women, in terms of their rights and obligations, says the author.

In chapter two, “Qatar’s Higher Education: The Locomotive of Human Development”, Al-Thani addresses the role played by the state’s educational system in developing the country. Qatar is ranked among the world's top in terms of quality education as well as one of the richest economies in the world based on GDP per capita. History has shown that Qatar has paid great attention to education and the proliferation of knowledge as a key element of development; and now it is harvesting the fruit of this strategic choice: Qatari women are the most education women in the Middle East and North Africa. Qatar also has the highest number of women enrolled for higher education, with more than 70% of the total female population holding bachelor degrees according to the World Economic Forum Report.

Qatari women represent 51% of the total workforce, the highest percentage of female participation in the Arab World. In 2015, Qatari women in the education and social sciences sector stood at 21%, of which 27% engage in the IT sector; 45% are in science and science-related domains.

The book’s third chapter, “Qatari Pioneering Women”, presents samples of the female leaders in Qatar in important positions in various state institutions. This chapter is dedicated to presenting exemplary leading women in the decision-making circles ofQatar. It demonstrates how Qatari women succeeded in coping with the country’s growth and their role in achieving sustainable development. This part of the book stands as a testimony to the positive role played by Qatari women and the positive transitions in women’s status across the board within the society. These female role models are a living proof of the role of women in the country’s modernisation process without the sacrifice of deep-rooted traditions and cultural identity.

The author concludes the book with a supplement tracing the course of the leaders who have been contributory in Qatar’s national enterprise since the 1990s, namely His Highness Sheikh Tamim bin Hamad Al Thani, the Emir of Qatar; the Father Emir, Sheikh Hamad bin Khalifa Al Thani, and Her Highness Sheikha Moza bint Nasser. By virtue of their insightfulness, they have left inerasable marks on Qatar’s modern history. The author, through this supplement, puts readers in touch with the pillars of the national vision led by these three figures.

Title: Constants and Transformations in the Courses of Qatari Women’s Evolvement: 1995-2013 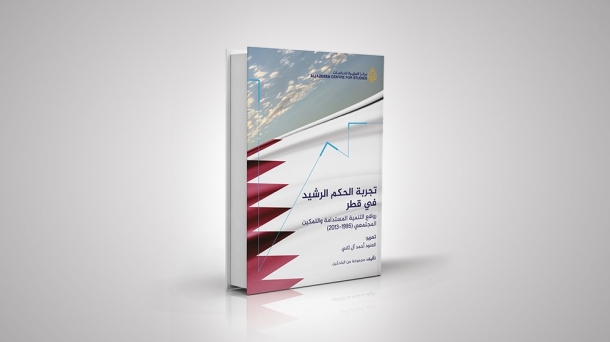 The Experience of Good Governance in Qatar: Levers of Sustainable Development and Social Empowerment (1995–2013)

Al Jazeera Centre for Studies has released a new book, The Experience of Good Governance in Qatar: Levers of Sustainable Development and Social Empowerment (1995–2013), that aims to encourage further academic i… 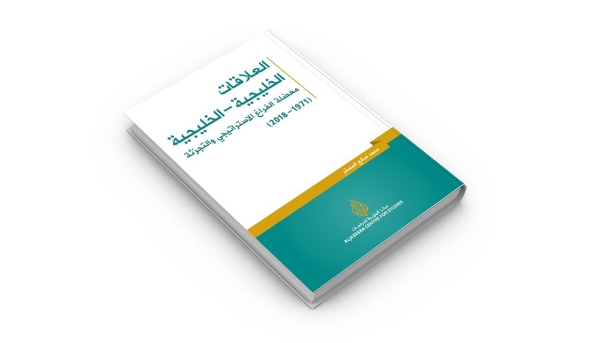 Intra-Gulf Relations: The Dilemma of Strategic Void and Fragmentation (1971-2018) 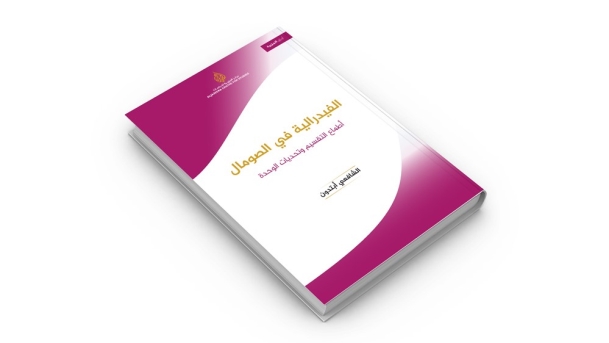 Federalism in Somalia: Aspirations of Partition and Challenges to Unity

AJCS published a new book this month entitled Federalism in Somalia: Aspirations of Partition and Challenges to Unity by Shafei Abtidoon. It sheds light on the impact of federalism on Somalia's present and… 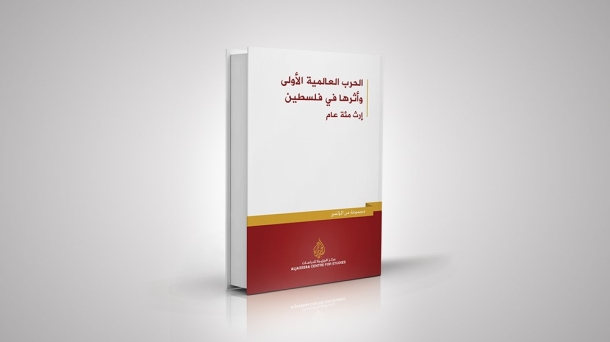 The Impact of World War I on Palestine: A Hundred years’ Legacy

In the context of the hundredth anniversary of World War I and its effects on the global balance of power and the geopolitics of the Arab region, especially the future of the Palestinian State, AJCS published a… 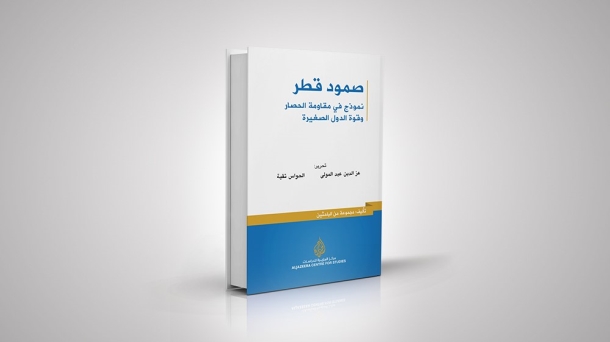 Qatar’s Resilience: A Model of Resisting Blockade and the Power of Small States

Qatar’s Resilience: A Model of Resisting Blockade and the Power of Small States outlines Qatar’s confrontation of the blockade imposed by Saudi Arabia, UAE, Bahrain and Egypt. It reveals the exclusiveness of Qa… 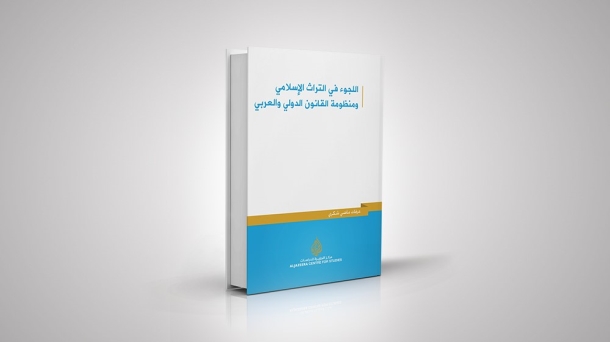 This book addresses several interrelated questions: does asylum contradict the Islamic Law? If not, why most Arab and Islamic countries lack relevant legislations? What are the Islamic principles addressing thi…