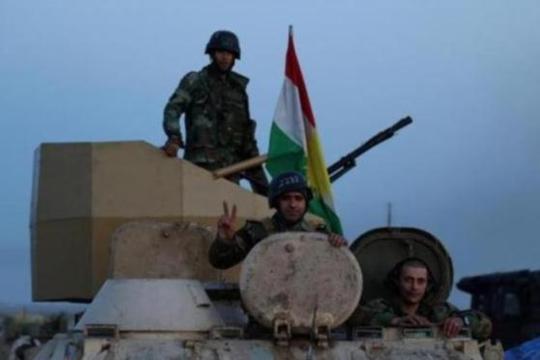 The self-styled Islamic state (IS), or ISIS (Islamic State of Iraq and Syria), is not only a menace but presents an opportunity for Kurdish politics in the Near East. On the one hand, the Kurdish demand for statehood in Iraq, autonomy in Syria, and political settlement in Turkey appeared to be on the verge of collapse as a result of the ISIS offensive against Kurdish forces in both Iraq and Syria. The situation has not only damaged the Peshmergas’, Iraqi Kurdish forces, prestige, but also the Kurdish political elites’ self-confidence and the morale among the Kurdish people.

On the other hand, the common danger provided an impetus for the emergence of a common Kurdish public sphere and politics, enhanced international prestige of Kurdish politics particularly that of the PKK for being regarded as a capable fighting force that could withstand the ISIS offensive. Moreover, the danger posed by ISIS has triggered a process of much needed security sectors reform in Iraqi Kurdistan.
Overall, the fight between the Kurds and ISIS has engendered some new trends in Kurdish politics in the Near East. These trends are likely to bear an impact on the course of Kurdish politics in the upcoming years. To be more explicit, these trends can be grouped under the following headings:

The emergence of a common Kurdish public sphere

Historically speaking, it is difficult to discuss a common Kurdish public sphere since the Kurds were divided into four different nation states after the post-World War I settlement. These respective nation states’ agendas shaped their outlook and political projection. Turkey’s Kurds, Syrian Kurds, Iraqi Kurds and Iranian Kurds were the favored and most probably a better description of Kurds rather than the more general terminology of Kurds.

In their political struggle, Kurds fought their own battle against the nation state whose borders they were living in. For Turkey’s Kurds, it was Turkey that became their nation-building process’ constitutive other. For Iraqi Kurds, it was Iraq, for Iranian Kurds, Iran, and for Syrian Kurds, Syria.

This political aspect has been strengthened with the inclusion of an emotional ingredient, which plays an indispensable role in the development of any form of a shared belonging. Cross-border funerals and transnational grief has become a defining feature of the Kurds’ fight with ISIS. Increasingly deceased bodies of young Kurds are coming from Syria and Iraq to Turkey or from Syria to Iraqi Kurdistan.(1) To borrow Benedict Anderson’s terminology, such occurrences of cross-border grief do not only make “the imagined community”, i.e. Kurdish nation real but also create shared pain among the constituent members. All in all, ISIS or other radical groups have been forming the Kurdish national politics’ constitutive other in the regional setting.

The emergence of a fragile common Kurdish politics

The emergence of the Kurdish public sphere and ISIS as the Kurdish politics’ common constitutive other also set another process in motion, namely the emergence of a fragile common Kurdish political scene. This fragile political scene manifested itself in many different ways since the outbreak of hostilities between ISIS and the Kurds. The two main veins of the Kurdish politics in the regional setting, namely Barzani-led Kurdistan Democratic Party (KDP) and Ocalan-led Kurdistan Worker Party (PKK), has set aside their traditional rivalries and cooperated for some time. The PKK came to aid of the Kurdistan Regional Government (KRG) in defense of Makmour, Mount Sinjar, Kirkuk, and other places located in KRG. KRG, but particularly KDP, reciprocated by sending Peshmergas to Kobani to aid PKK’s sister party PYD in its fight against ISIS. This help coupled with aerial and arm support of the United States and its partners saved Kobani from falling to ISIS. Moreover, KRG’s parliament recognized the three PYD-administered cantons in Northern Syria, or Rojava in Kurdish.

Such a thaw in relations expressed itself in the KDP facilitated meeting of the different Kurdish factions of Syria in Duhok, a city located in KRG near Turkey’s border, which culminated in the Duhok agreement. According to Duhok agreement, pro-KDP Syria Kurdish National Congress and pro-PKK PYD agreed to establish joint political and military administration. Cantonal administration which are made up of three cantons, namely Kobane, Afrin, and Jazeera, declared by PYD will be maintained but be more inclusive in its administrative structure.(2) Thus, this agreement seems to have overcome some of the thorniest point of contentions between the sides.

Given the recent history of bitter exchanges between KDP –PYD/PKK on the one hand, and of minor clashes between pro-KDP and pro-PKK factions in Syria on the other hand, this agreement represents an important step forward for intra-Kurdish reconciliation in Syria, but also in the region, since Kurdish part of Syria has become the main battle ground between PKK and KDP to dominate the Kurdish politics in Near East.

This amelioration in relations has also provided the amenable psychological condition for the long delayed Kurdish National Congress, which has been postponed several times due to the friction and rivalry between PKK and KDP, to convene in order to chart a direction for a pan-Kurdish politics in the region.(3) Having said this, one, however, should be careful not to become too sanguine on this front, because there is still ample cause for friction between the parties.(4)

Secularism clouded with language of Islam or secularism a la Kurd

All the groups that the Kurds are facing are disciples of variants of Islamist politics, mostly in its radical forms. This led the Kurdish politics to further emphasize the secular nature of its politics, and utilize it as a social-marker of its politics in the region. Kurds have indeed emphasized secular themes throughout the conflicts with ISIS. The emphasis on the well-representation of females and inclusion of people of different faith or no faith in the rank and files of party organizations, non-religious content of the would be a social contract of Rojava, and incessant criticism of Islamism are all part of a strategy that aims to set the Kurdish politics apart from dominant characters, i.e. Islamic, of Syrian opposition, and contemporary Iraqi, Iranian and Turkish politics. Believing that such a political disposition will earn Kurds more international legitimacy and support is another motivating factor for the Kurdish politics’ overemphasis of its secular nature.

During the ISIS offensive against the Kurds, famed-Kurdish peshmergas, contrary to the expectation of many and its fame, have disappointed people by its speedy retreat from military posts and its inability to withstand the advancing ISIS forces in the initial stages of the fight. This has, immeasurably, tarnished the peshmergas’ image. All sudden, the once revered and feared Kurdish peshmergas appeared to have been made into paper tigers. Kurdish public, officials and seasoned observers of Kurdish politics have attempted to identify the causes of such a military setback. Several factors were cited and various explanations were offered to account for this military retreat.

The relative security that has reigned in the Kurdish part of Iraq, the Peshmergas’ involvement in extra-military affairs, their lack of proper military equipment, and necessary discipline, motivation, and professionalism have all contributed to the poor performance of the military force in the battle fields, as evinced by the fight with ISIS. Besides these factors, there are other more structural factors at work in engendering such a dismal picture of Peshmergas’ military performance. The fragmented nature of the Kurdish Peshmergas’ command structure along partisan lines, divided loyalties of its constituent parts, lack of national imagination of its members can be cited as such structural factors that crippled Peshmergas’ ability to become a formidable fighting force.

Both sets of factors point to the same urgent need: security sector reform. The ISIS’s offensive has made the need for the security sector reform in KRG to be felt acutely. (6) This need in fact made the case for reform. To that effect, the KRG has undertaken several steps. A parliamentary committee was established to oversee the transition of Peshmerga forces from party militias into a national army. Steps were taken in order to unify the command structure of Peshmergas’. Moreover, Peshmergas’ has acquired relatively enhanced access to heavy weaponry and military training. These steps, if implemented successfully, will help KRG to transform its Peshmerga forces from being party militias with divided partisan loyalties to a national army with its loyalty located at the national level. As the conventional wisdom suggests, if army-building precedes the nation-building process, the recent fight between KRG and ISIS is likely to prove beneficial for the Kurdish nation-building process in the medium and long run.

All in all, the fight between Kurdish national movements and ISIS has engendered some new trends in Kurdish politics in the Near East. Most of these trends are likely to contribute to Kurdish national aspirations and aid its politics in the intermediate and long term. However, one should not be overly optimistic on this account. The same process has also introduced some alarming new trends and causes for friction in the Kurdish political sphere in the region. The seeds for dangerous rivalry between different Kurdish groups in the regional setting have been sown. If materialized, this scenario might prove ominous for the Kurds in the Middle East. Therefore, a thorough account should set positive developments that have been ushered in by the fight between Kurds and ISIS against the negative developments that has acquired potential to materialize itself. The regional context and foresightedness (or lack thereof) of Kurdish political leadership will decide which scenario will prevail in Kurdish politics in the long run.
_________________________________________
Copyright © 2015 Al Jazeera Centre for Studies, All rights reserved.
*Galip Dalay is a Senior Associate Fellow on Turkey and Kurdish Affairs, Al Jazeera Center for Studies. 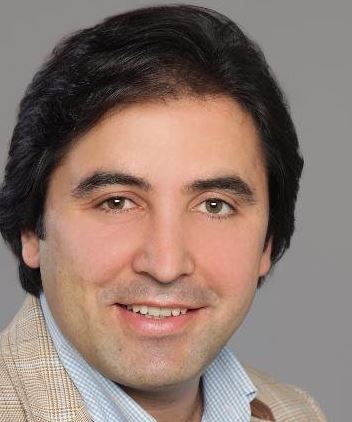 is the Research Director at Al Sharq Forum, Senior Associate Fellow on Turkey and Kurdish Affairs at Al Jazeera Center for Studies & a Columnist at the Middle East Eye. 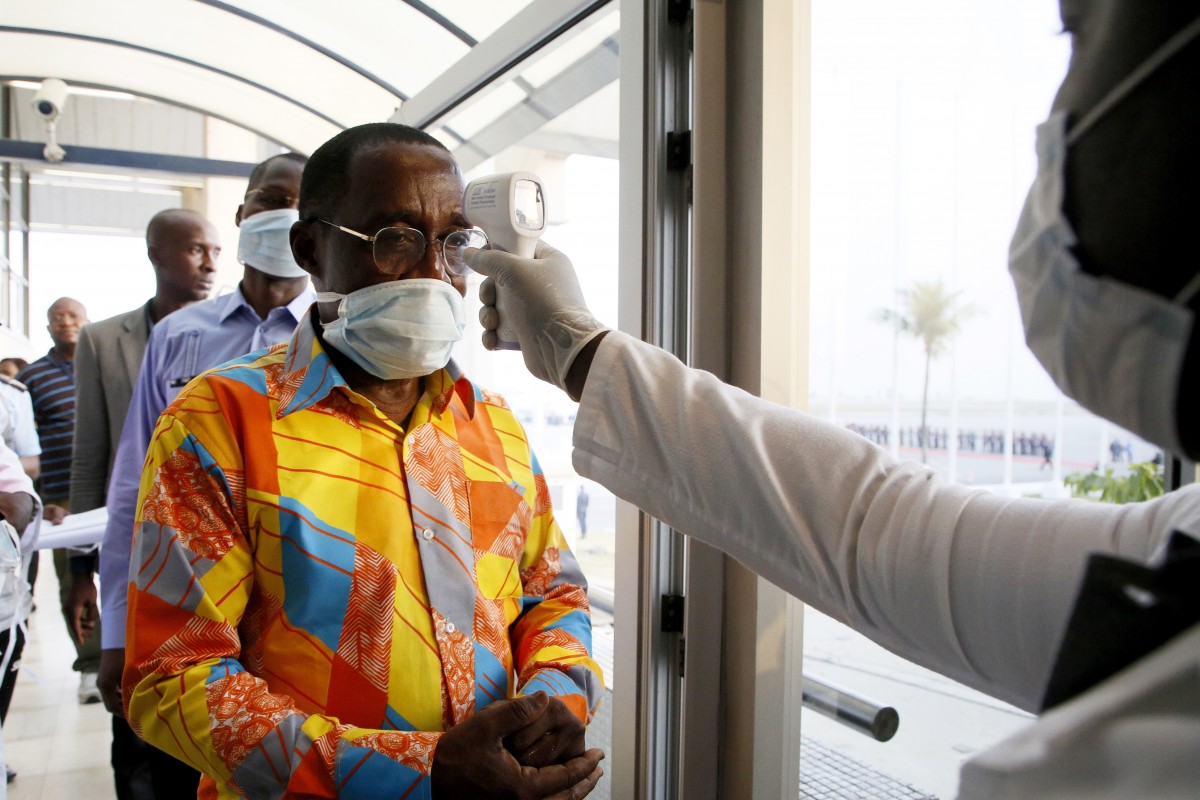 For many African countries, prevention of Coronavirus has no alterative as financial and structural demands of treatment far exceed capabilities. Without stricter measures, the infection curve will be exponenti… 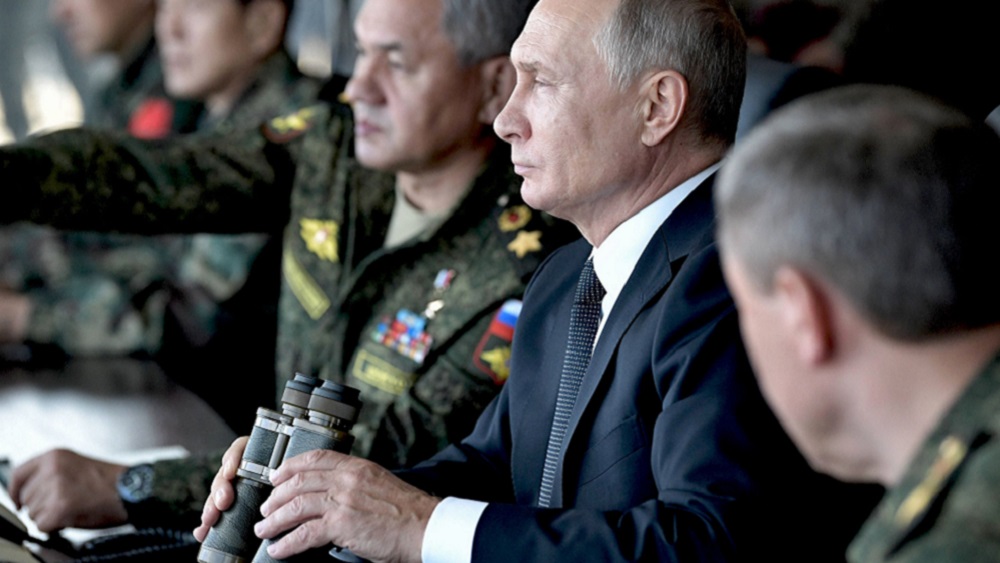 Moscow's Maneuvres for Mediterranean Bases and ME Markets

By carrying on the activities of the Russian military contingents in Syria and with its backing of Libya’s renegade general Khalifa Haftar, Moscow seeks to reassert its role in the Mediterranean and leverage a… 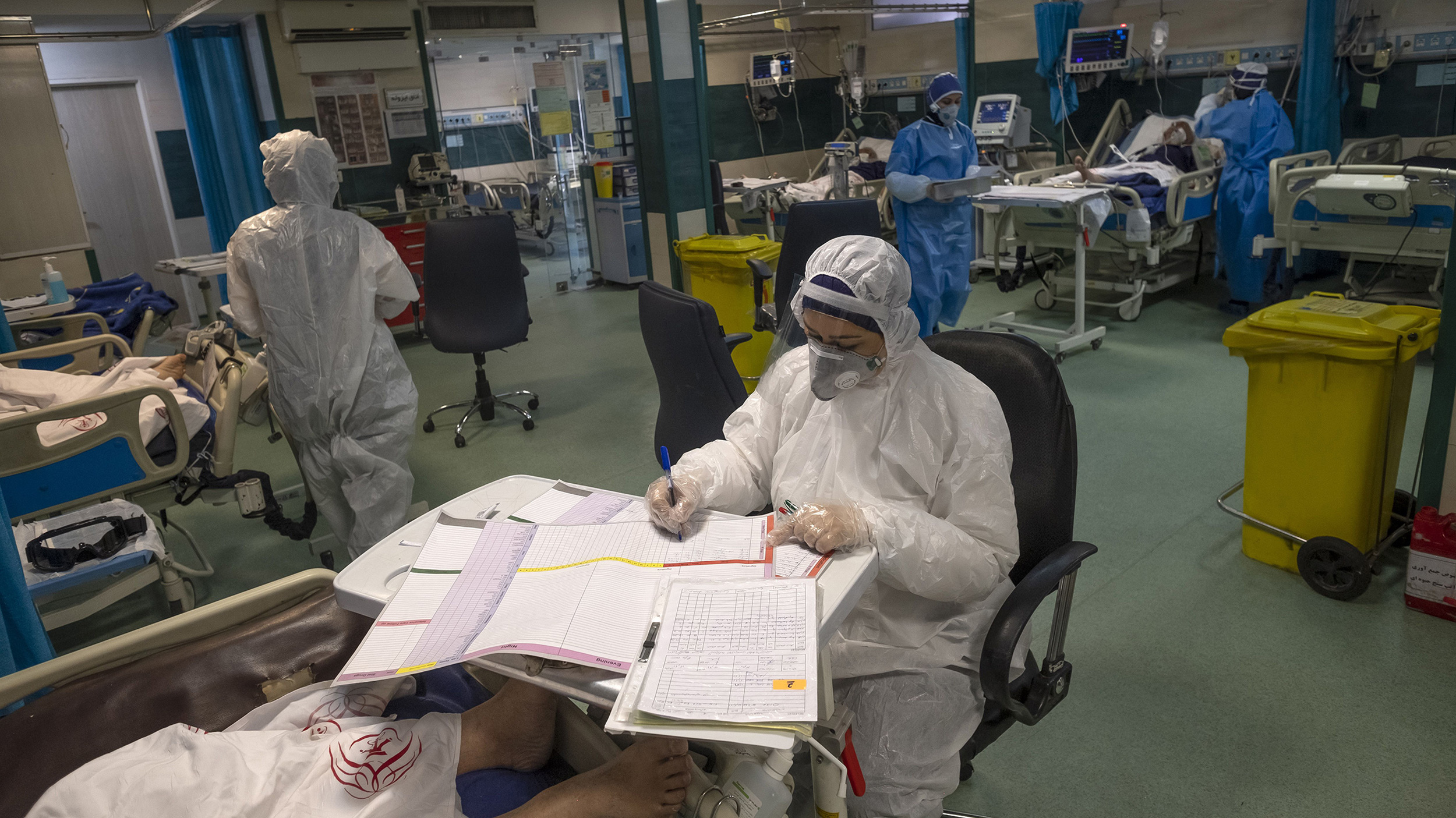 Coronavirus: An Ethical Question in the US-Iran Showdown

Coronavirus is killing Iranians, so does Trump by waging a campaign of economic and medical terrorism. Its refusal to lift the sanctions exacerbates the already-tense relations between Tehran and Washington and… 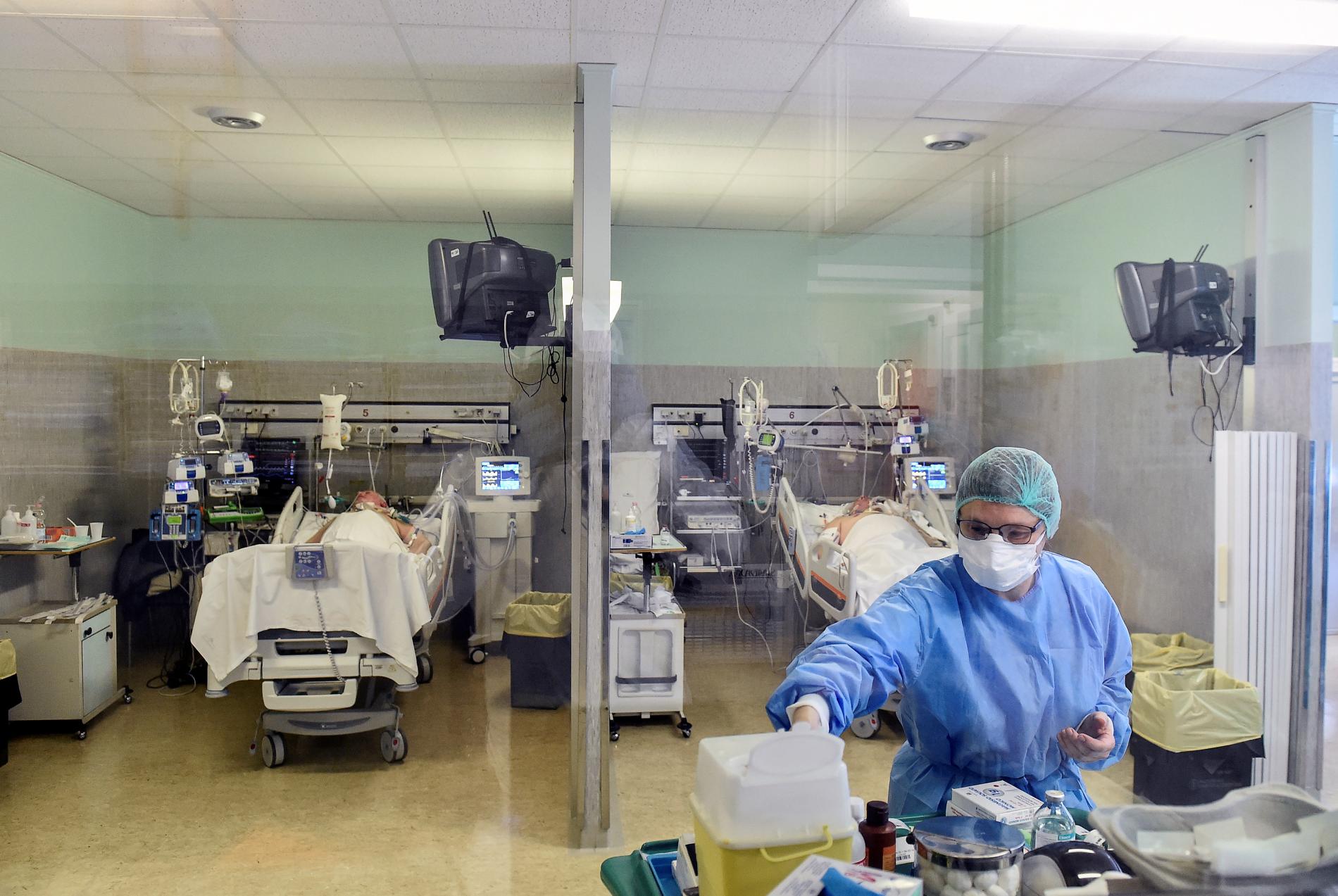 What is needed now, more than ever, is a public debate of moral autonomy of citizens in redefining the rights and obligations of the state and reconstructing their moral authority. The debate needs to kick off… 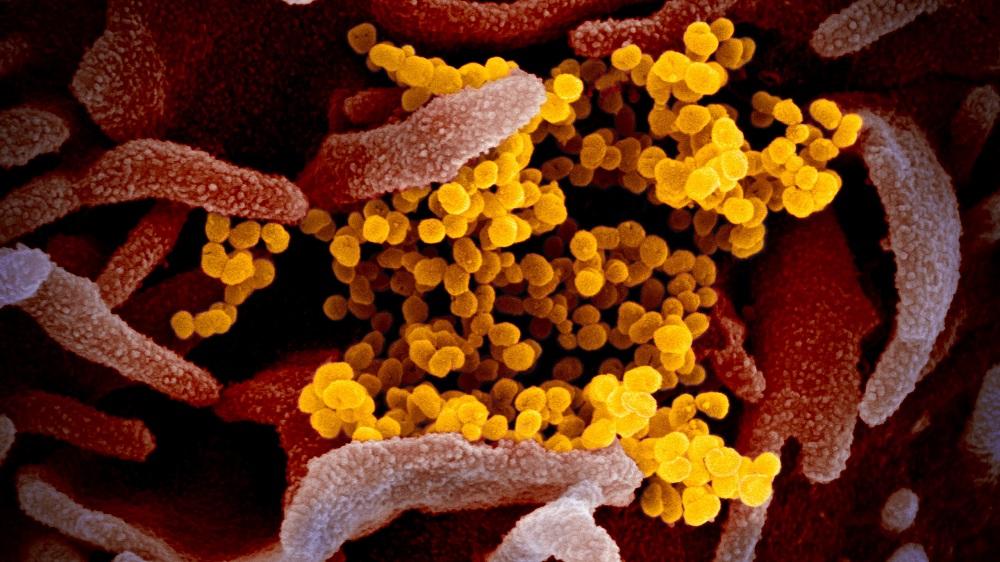 One should highlight the distance between fiction and reality. However, a number of China politics observers and Western military officials have claimed a strong link between Coronavirus and recent research con… 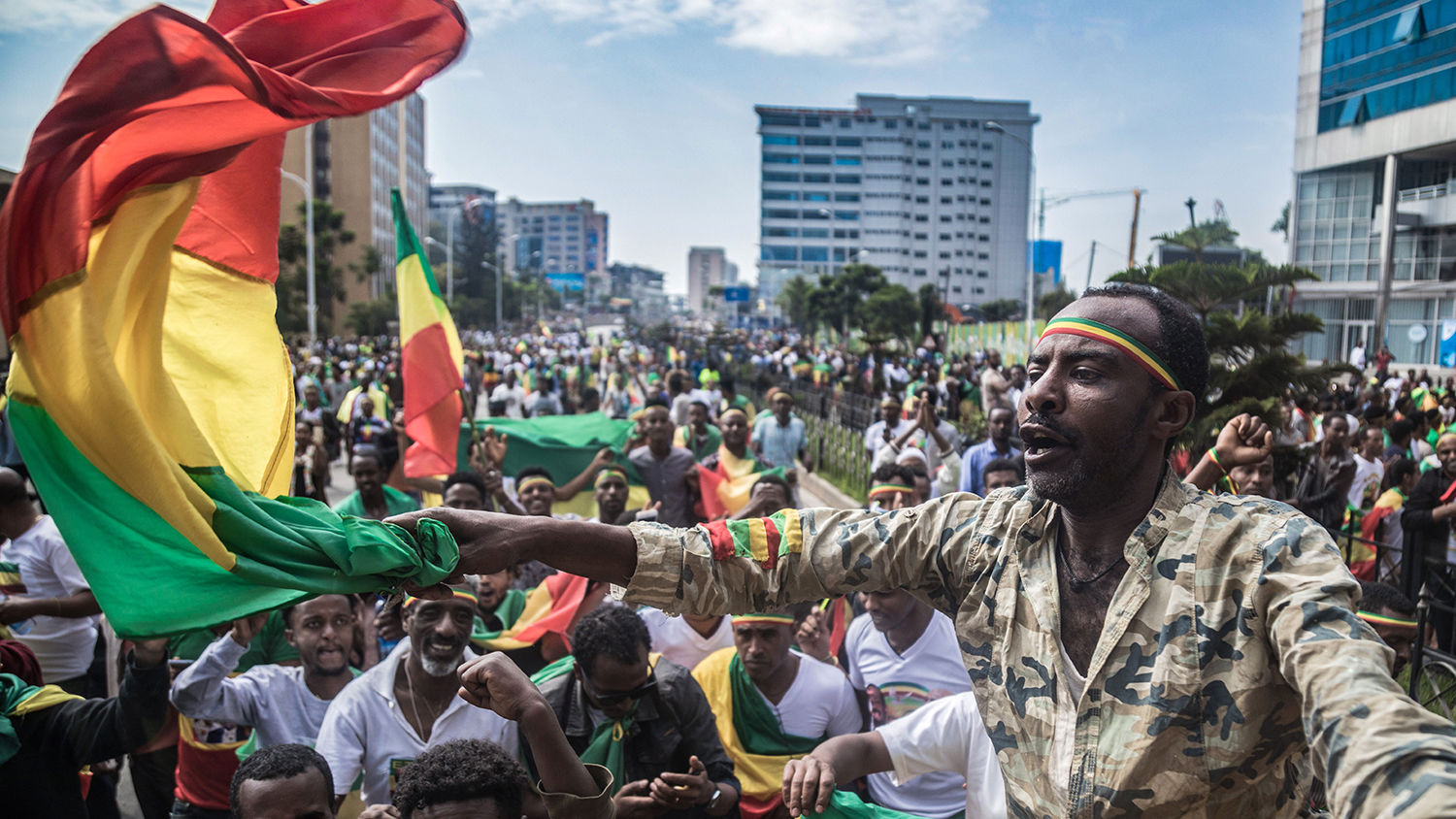 Ethiopia’s Challenging Path to the 2020 Ballots

There is no certainty Ethiopia’s 2020 upcoming election will not be a clear win for the incumbent government, since various disagreements have deepened with opposition groups, dissenting public opinion, and the…